How well-prepared and ready are our communities, families and businesses to address the most challenging climate changes heading our way?

With scientists across the planet agreeing that the nations of the world are far from the goal of preventing a two-degree global temperature increase, the three-degree temperature rise threshold that will create mass destruction, dislocation and suffering is a real threat.

In addition, a recent insurance industry study puts New York City and Miami on the top of the same list for a projected trillion dollars in damages from severe storms. It is imperative that we diligently join efforts as a community of families, businesses and civic leaders to address this problem and to support solutions that will help ensure our city and state thrive.

According to the World Bank, rising ocean levels immediately put 700 million of the world’s population at risk of catastrophic flooding, especially coastal cities with elevations of 30 feet or less above oceans. Alarmingly, huge swaths of New York City are below that 30-foot threshold.

Yet, 10 years and $60 billion in damage to New York and New Jersey after Superstorm Sandy; when water filtration plants, sewage treatment plants and other critical infrastructure were destroyed; when the National Guard had to be deployed to evacuate trapped elderly and infirmed people in nursing homes; when communication networks became inoperable, including the Federal Emergency Management Administration’s (FEMA) Command Center for the region, New York State remains ill-prepared for the next severe weather-related disaster.

A recent national survey on disaster preparedness commissioned by FEMA highlights the lack of preparations for an emergency by families and individuals, and the role income plays in readiness levels of emergency supplies to address a potential natural or man-made emergency.

The survey also revealed that there is an over-reliance on the belief that first responders will be able to answer every call for help during an emergency. As we have seen, in a major and unprecedented natural disaster, this is an absolute impossibility.

The American Red Cross found that households and individuals with incomes of $50,000 or higher were more likely to have disaster supplies in their car and homes, a household disaster plan, and experience volunteering in a disaster.

They were also more likely to have taken a preparedness training or CPR course, communicated the importance of preparing to someone else, and believe that preparedness would actually help them handle a disaster situation.

Conversely, those with lower household incomes were less likely to have taken preparedness measures and indicated an increased need for help in an evacuation.

Individuals with lower household incomes were less likely to have taken preparedness measures over the past six months, and they were more likely to cite cost as a barrier to preparing than were those with higher incomes.

In facing these challenges and advancing solutions, I have introduced a package of seven proposed laws that position New York to be better prepared, more resilient and able to quickly provide relief and recovery assistance to impacted communities, families and businesses.

My seven proposed solutions include:

• Establishing a temporary commission on rising oceans to review the threat to coastal communities in New York State, and require recommendations on how to provide for and strengthen flood insurance programs and improve disaster preparedness and resiliency for weather-related incidents.

• Establishing alternative forms of identification that can be used for the purpose of purchasing renters’ insurance to help all those impacted by a natural or man-made disasters, thereby reducing the strain on local and state governments when addressing the cost of recovery for damage created by such disasters.

• Establishing business and homeowner natural disaster preparedness, home safety and loss prevention courses that upon completion will allow for lower property and casualty insurance rates for businesses and homeowners.

• Requiring a study of and recommendations for the establishment of microgrids to help protect vital public health and safety operations and infrastructure like hospitals, nursing homes and water treatment facilities in the event of major disruption to the power grid.

• Creating a tax-free holiday for the purchase of emergency supplies as an incentive for New Yorker residents and business owners to better prepare themselves for natural or manmade disasters.

• Establishing the Community Disaster Relief and Recovery Act of 2022, which will create an emergency assistance program for undocumented individuals impacted by natural disasters who otherwise would be eligible for federal disaster assistance.

• Requiring health insurance policies and contracts that provide coverage for prescription medications to include coverage of an immediate additional thirty-day supply of those medications during a state disaster emergency. As we face immense challenges in preparing our society for the projected destructive forces of nature due to global warming, we are not helpless in taking action to mitigate the impact and ensure the safety of our communities, families and businesses.

The future of our civil society depends on us all diligently working together on the issues highlighted above. We cannot wait to take action on these real and pending threats. All the proposals outlined must be prioritized in the 2022 Legislative Session. I stand ready to take on this fight and, with the support of our civic and business leaders, hope that we will make these proposals into actual realities. 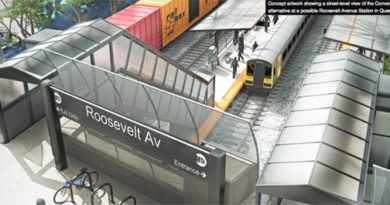 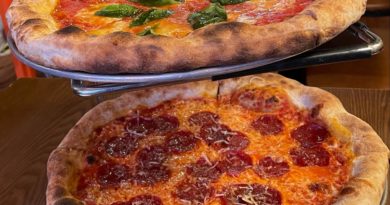